Dems Don’t Get A Pass When It Comes To Black And Brown People. We Deserve More From All Of Our Elected Leaders. 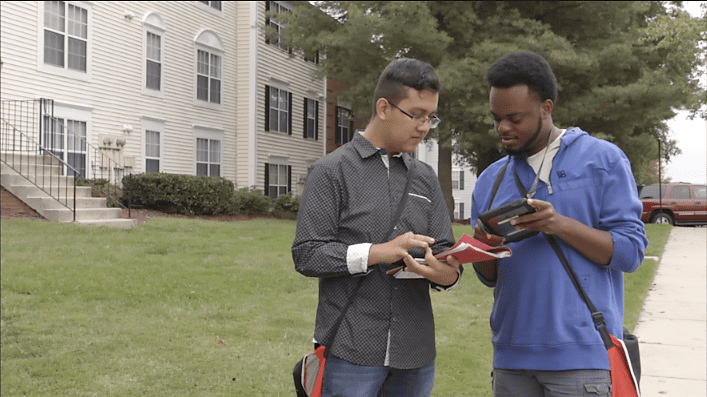 In 2017, the campaign for Virginia governor elect Ralph Northam estimates that canvassers knocked on almost 4 million doors, almost twice the number of doors knocked for the Clinton campaign in 2016 and a whopping four times more than the Terry McAuliffe campaign in 2013. For almost every weekend since the primaries ended in June, I volunteered all my extra time to register voters, knock on doors, call potential voters, fund raise and write op-eds. I know that I am not alone. The amazing victory in Virginia in November belongs to us, ordinary people, doing everything we can on the ground to elect lawmakers who support working families.

For all our hard work, we need to demand more from the officials that we helped elect. I am ecstatic that Medicaid expansion is back on the table, that we have a champion to protect our voting rights from gerrymandering and felony disenfranchisement, and that our reproductive rights are safe. However, when it comes to racial justice, more work needs to be done.

During the time I was volunteering for the campaign, I was also working to change the Confederate name of a local high school in Fairfax County. Two Democratic members of the Fairfax County school board, Megan McLaughlin and Tammy Kaufax, voted consistently with the Republican members to delay changing the name, abstained from voting for a change and instead voted to rename J.E.B. Stuart High School, Stuart High School. Their votes reflect a lack of understanding for the deep and painful racial history Confederate names recount for people of color. This should be a straightforward issue with an easy fix, but these elected school board members of Fairfax County demonstrate that they still don’t get it.

The reality is that many of the issues that matter most to communities of color and immigrants are overlooked or given lower priority in the commonwealth’s legislative agenda. But immigrants and people of color, like myself, worked hard to elect candidates who campaigned on diversity. Our desires for the future of Virginia’s politics are reflected in the unbelievable increase in Black, Latinx, Asian, and Arab candidates who won delegate seats on election night.

It’s not enough for our representatives to simply push back against racist, anti-immigrant messages like the ones we saw from Republican candidate for governor, Ed Gillespie. They must also actively champion pro-immigrant initiatives. A place to start: All Virginia Democrats must push local sheriffs, such as Fairfax County’s sheriff Stacey Kincaid, to end any agreements they have with Immigration and Customs Enforcement to pick up and detain undocumented immigrants. On a state level, Virginia lawmakers can fight for in-state tuition and driver licences with undocumented students and guarantee that certain areas such as schools, courts, and other government buildings provide a safe space that prohibit entry to ICE officers.

Our votes and our voices helped elect the wave of Democratic candidates that swept the ticket on November 7th. I hope that our newly elected representatives recognize and honor all the work people of color put into the election and reciprocate it by being champions for racial justice rather than just harm reduction compared to the GOP. I hope our newly elected officials will hold themselves to a higher standard and be truly worthy of all our hard work during the campaign. Because we’ll be watching our new representatives closely. And we know (and they know too) that our voices have power, our votes matter, and the time is now in Virginia.

Helen Li is an advocate, organizer and communications fellow for the Center for Community Change Action.

'A ‘Nasty Woman,’ ‘The African American,’ and ‘A Bad Hombre’ Weigh in on the Final Presidential Debate