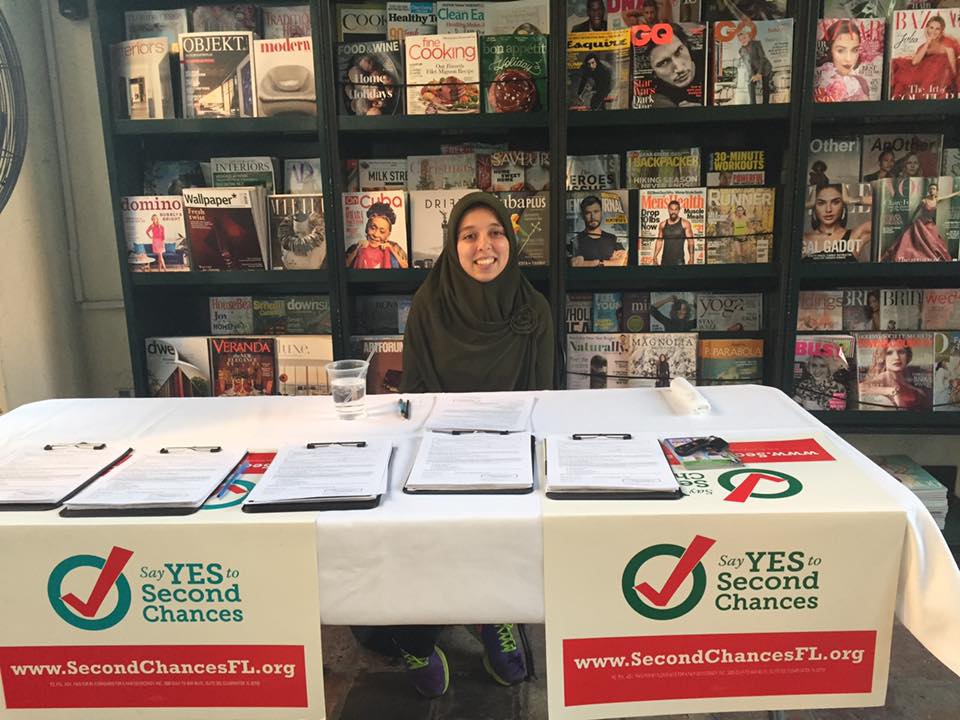 Back in late 2016, a grassroots coalition of volunteers accomplished a remarkable feat. More than 68,314 petition signatures were collected in Florida, triggering a Supreme Court review on a ballot measure that would restore voting rights to more than 1.5 million Floridians who lost them because of felony convictions, excluding murder convictions or sex related crimes.

More than a year later, organizers accomplished an even more remarkable feat. The same grassroots coalition, with the backing of progressive organizations in Florida, has successfully collected more than 800,000 verified petitions (and counting) out of the 766,200 required to qualify for the statewide ballot.

As a result, the Second Chances Voting Restoration amendment will be on the ballot in November and require 60% of the vote to pass. The measure presents an opportunity for the state of Florida to take a significant step in righting the wrongs committed against people of color throughout its history.

For more than a century, Florida has presided over one of the most effective efforts to systemically disenfranchise voters in the nation. Out of the three states that strip lifelong voting rights from people with felony convictions, Florida has by far the largest population of people directly impacted by these voter suppression tactics.

States have historically used felony disenfranchisement to sustain white supremacy and diminish policy gains towards inclusiveness and equity. The origins of the policy date back to the aftermath of the Civil War, when it was used as a method to suppress the votes of newly freed slaves. It was reintroduced and re-enacted in 1968 as part of the white-led backlash to the civil rights movement, as a way to suppress the votes of black people after the passage of the Civil Rights Act.

In Florida, there have been many other obstacles to the expansion and protection of democracy. During the 1960s, the Congress of Racial Equality (CORE) stumbled upon many roadblocks when running registration drives, including the arrest of members who were targeted for participation in these campaigns. Voter registration efforts in Florida continue to face significant hurdles, such as a law passed in 2011 by Governor Rick Scott and the Republican State Legislature which required voter registration agents to turn in their voter registration forms to the state board of elections within 48 hours, or face a $1,000 fine and possible criminal consequences.

Like literacy tests and poll taxes in the past, voter suppression tactics such as long voting lines, reduced early voting hours, massive voter purges, strict voter registration restrictions, and voter ID’s are engineered to systematically prevent black and brown communities from casting a ballot at disproportionate rates. Felony disenfranchisement is very much a part of that long history of racial discrimination.

A quarter of Florida’s black population currently can’t vote. In other words, that equals one out of every four black persons. That is an absurd number which speaks not only towards the racist nature of felony disenfranchisement but also of our criminal justice system as a whole. If approved by Florida voters, the Second Chances amendment would automatically restore the vote to people who complete all terms of their sentence.

This amendment would not erase nor right the wrongs of Florida’s painful history of discrimination. But it’s a second chance for the state to do the right thing for over 1.5 million of its residents who have been unfairly stripped of their civil rights.