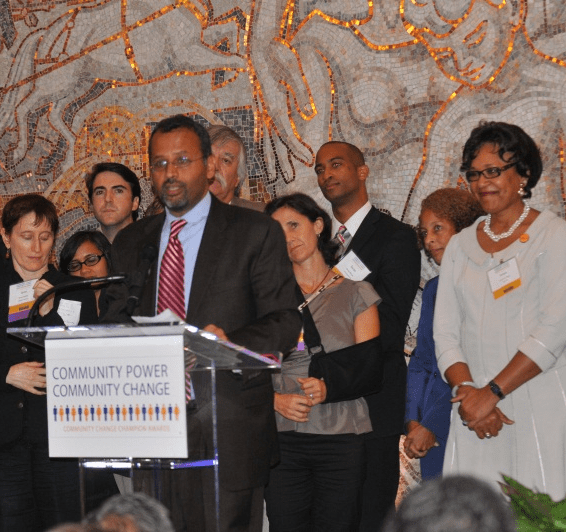 On Sunday, April 21, 2013, The Committee for Effective Leadership will honor four individuals for their exemplary leadership and service. Among the honorees is Deepak Bhargava the Executive Director of the Center for Community Change. Funds raised at this event will be used to further the values and causes supported by the individuals being honored. Mario Cilento, President of the NYS AFL/CIO will be the keynote speaker at the event being held at Villa Barone Restaurant in New York City.

In his 10 years with The Center, Deepak has increased our ability to make sure that low-income people and people of color have a voice in the public debate and in public policy on the state and national level. His passion and energy have contributed not only to the Center but the progressive movement as a whole.

Deepak has led the Center to several victories in the past year, and will continue to do so as our nation begins to tackle the issues of immigration reform, poverty, and retirement security. Deepak is honored to be a recipient of this award and is optimistic for The Center’s future work.