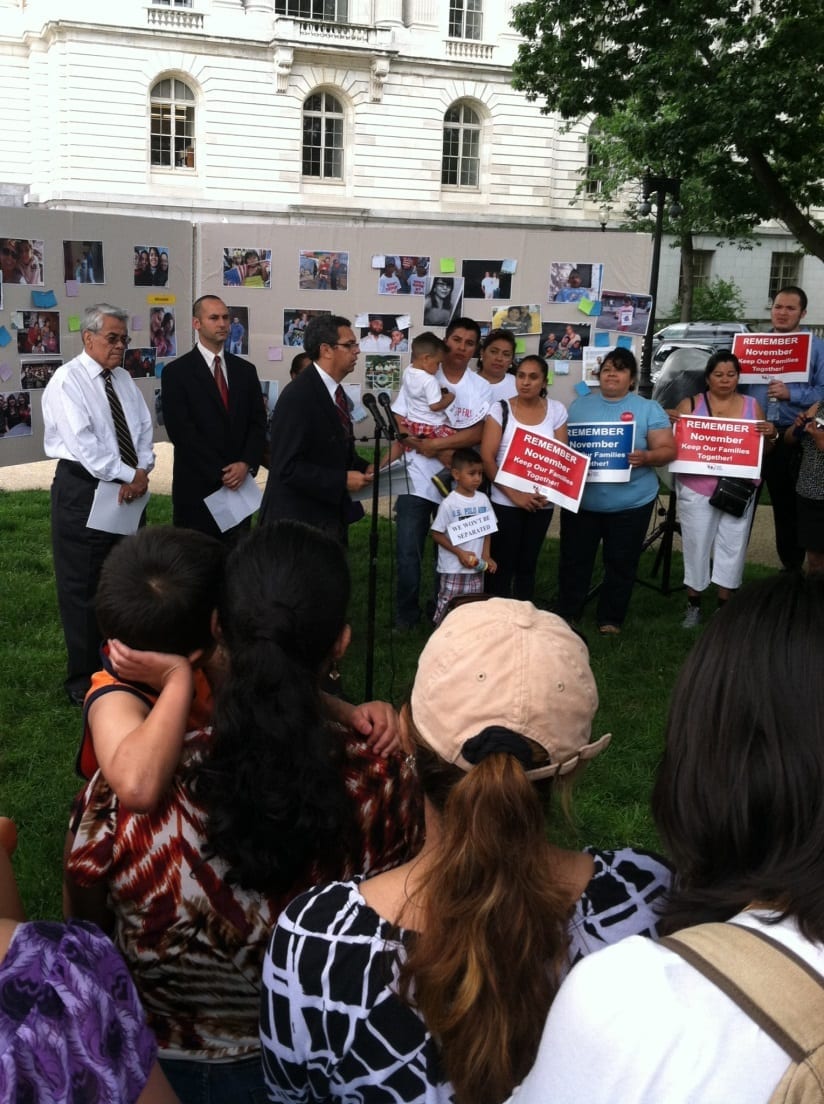 FIRM, CASA de Maryland, SEIU and Bend the Arc Jewish Action, as well as the families they work with, today sent a message to House and Senate Republicans who do not support immigration reform: Remember November.

FIRM launched the Remember November campaign yesterday, and it is meant to remind the GOP of the strength of the Latino and immigrant vote, and to urge them to work toward comprehensive immigration reform.

CASA de Maryland Executive Director Gustvao Torres implored, “We marched, we rallied, and we voted; and we will vote again. Remember November.”

The other speakers echoed this sentiment speaking towards the power of the immigrant population in the United States and the determination of the advocates to have a strong bill passed.  The group then left the press conference marching towards the Senate offices to deliver packets highlighting their personal stories. They later continued on to the office of the Speaker of the House, John Boehner, demanding meetings with immigrant families and the introduction of an immigration bill in the House.  But Boehner’s staff rudely refused to hear any stories and refused to schedule any meetings.

The families left more encouraged than discouraged from Boehner’s office since  and stressed they are determined to keep fighting in order to provide all immigrant families, workers and otherwise the opportunity to have a fair, secure and happy future in the United States.