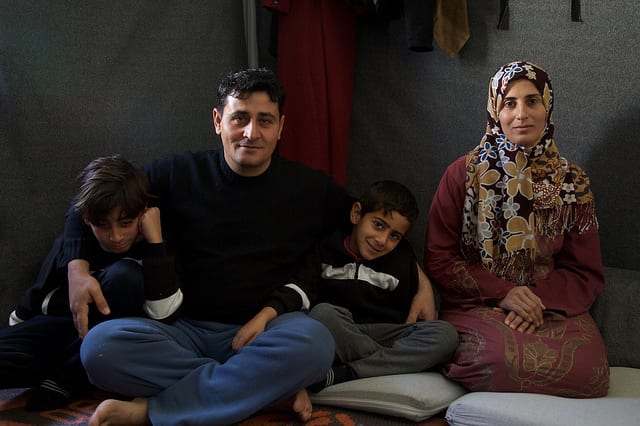 Over 400,000 Syrians have been killed since the outbreak of the Syrian civil war, yet the Trump administration has done nothing about it.

Trump ordered the airstrike after a chemical weapon attack was allegedly carried out by Bashar Al Assad’s regime, killing at least 70 people in a Syrian town held by rebel forces.

The complete turnaround that Donald Trump has made on the issue of American intervention on the Syrian civil war is remarkable for its speed and contradiction. Throughout his presidential campaign, Trump espoused talking points on how Obama’s strategy of assisting the rebels had only helped ISIS by weakening Assad’s forces, and that our best hope of success was by allying with Syria and their main backer, Russia.

This was a recurrent line of attack Trump deployed time and time again against Hillary Clinton, who by the way was calling for a military response hours before Trump carried it through. The new position taken by the administration has been noted by many of Trump’s followers, who took to Twitter to express their displeasure with this development.

@realDonaldTrump @POTUS You betrayed us who voted for you by attacking Syria. I will never set foot in your Hotel or Casino again. Traitor.

Yet, anyone who was paying attention to Trump’s campaign speeches and statements on foreign policy could have seen this coming. Trump was no stranger to contradictory and conflicting statements throughout the presidential campaign.

Trump sought no Congressional approval before authorizing these airstrikes, even though he criticized Obama in 2013 by tweeting that the President needed Congress to approve any type of U.S. military response under very similar circumstances to today.

What is perhaps Donald Trump’s biggest contradiction however, is his treatment of refugees in light of what he’d deem a retaliatory attack against Bashar Al Assad.

“Assad choked out the lives of helpless men, women and children,” Trump said. “Even beautiful babies were cruelly murdered at this very barbaric attack. No child of God should ever suffer such horror.”

Yet Trump and his administration have not been friendly to refugees, particularly those from Muslim countries. He attempted to institute a Muslim travel ban and has largely barred refugees from some of the most dangerous conflict zones in the world from entering the United States. So it’s strange then to see him speak of the humanitarian concerns his administration has for the people affected by the extreme violence in these war torn places.

Over 400,000 Syrians have been killed since the outbreak of the Syrian civil war, yet the Trump administration has done nothing about it except deny a haven to people seeking safety and refuge while at the same time demonizing them with anti-Islam rhetoric.

Even Trump’s children have reflected his lack of empathy. Donald Trump Jr. once compared Syrian refugees to a bowl of Skittles candy sprinkled with a few that “would kill you,” a propaganda piece lifted straight from the Nazis.

If Trump really has opened his heart and mind to the crisis regarding the Syrian civil war, he should take steps to reverse course and welcome refugees seeking safe harbor and a better, peaceful life for themselves and their families.

Thomas Kennedy is a writing fellow for the Center for Community Change.

The Fear of Injustice