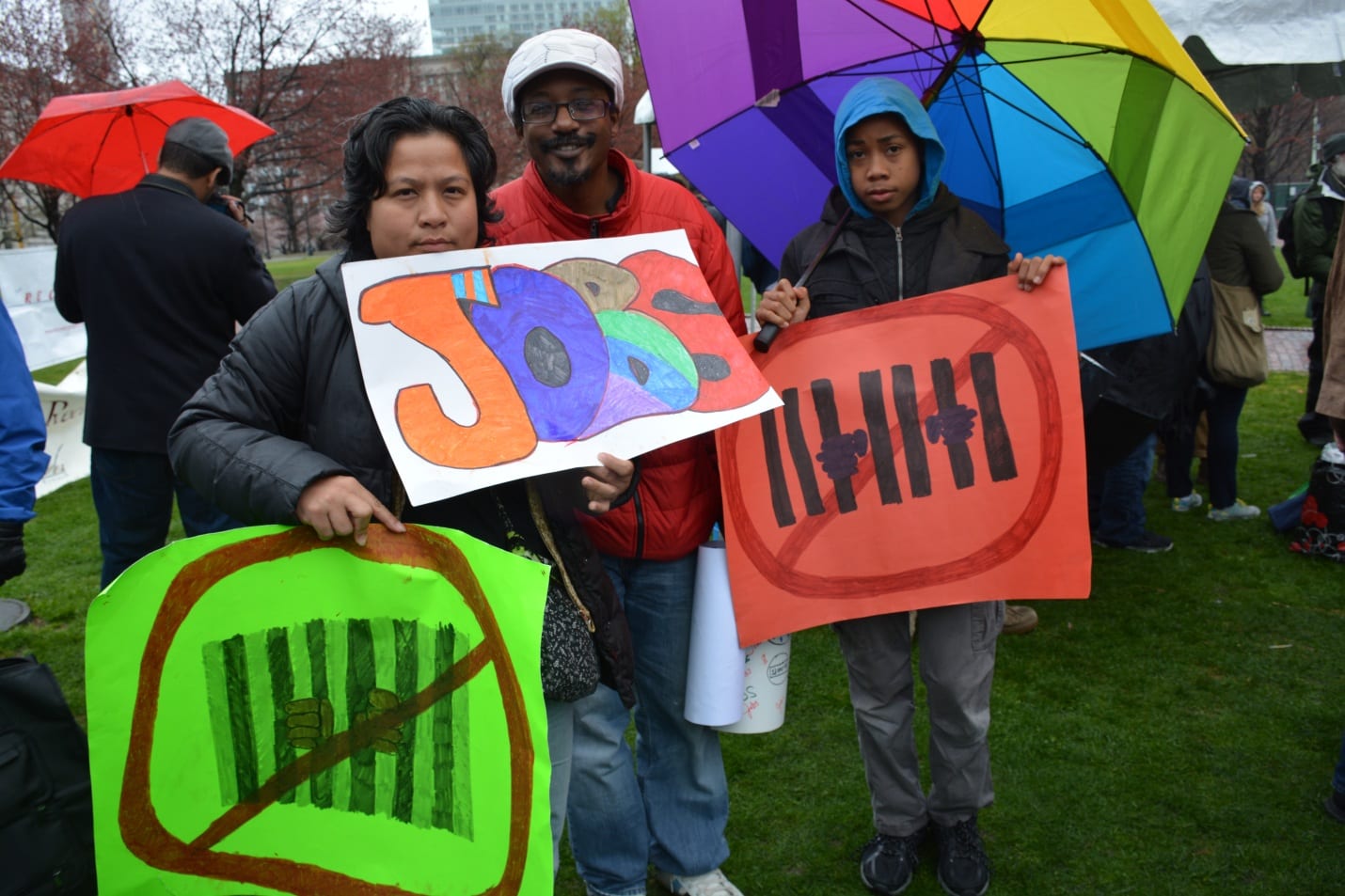 Charlo Greene is the subject of a viral video, cursing on live TV as she quits her job as a news reporter to fight full time to decriminalize marijuana. We share similar frustration to Charlo. F*ck it. We need to spell out the obvious – black lives matter and decriminalizing marijuana is a first step to push back on the “War on Drugs.”

The War on Drugs created policies framing the use of marijuana and other drugs as a criminal issue rather than as a health and social issue.  The War on Drugs results in mass incarceration of the poor, especially poor black and brown men and women, and bars people from opportunities to find a job, seek education, obtain housing, support their families long after their release, and may even prohibit people’s right to participate in our democracy by voting.

The United States has the highest rate of incarceration in the world. The criminal justice system controls 2.4 million people in federal and state prisons, local jails and similar facilities and detention centers, nearly 4 million people on probation, and over 850,000 people on parole.   Communities of color are swept into the criminal justice system using stop and frisk tactics, “zero tolerance” policing, and mandatory minimums for minor nonviolent crimes. The War on Drugs and its racist undertones can be blamed for the growth of imprisoned nonviolent offenders and booming rates of incarceration.

The criminalization of marijuana is one of the most destructive parts of the War on Drugs that have disproportionally ruined black lives. Marijuana arrests make up nearly half of all drug arrests. Whites and blacks use marijuana at similar rates, but blacks are almost four times as likely to be arrested for it.. In D.C. blacks are 8 times more likely than whites to be arrested. Researchers found racial disparities in marijuana arrests to be consistent across counties with large and small communities of color.

There is plenty of frustration to place on the unfair arrests and discriminatory sentencing policies and recent analysis demonstrates the pervasiveness of unfair and discriminatory attitudes that disproportionately affect black communities.  Media Matters found disproportionate news coverage of crime stories in New York City involving African-American suspects when compared to the actual rate of arrests reported by the NYPD. Studies show how pervasive this imagery has been, to the point that “simply thinking of crime can lead perceivers to conjure up images of Black Americans.”

Since the economic recession reduced federal spending and cuts to state budgets created financial incentives  to decriminalize marijuana and find cost-efficient alternatives to incarceration such as mental health and substance abuse treatment programs and job training and education programs, but investing in these types of programs has not gone far enough.

Colorado’s move to legalize recreational marijuana last year brought in $185 million to the state, but while some profit, many others are left behind. TV segments on the pot market in Colorado features predominately white and male faces. Meanwhile, according to a report from the Marijuana Arrest Research Project, many of the more than 210,000 people who were arrested for marijuana possession in Colorado between 1986 and 2010 remain behind bars. Thousands of black men and boys still sit in prisons for possession of the very plant that’s making those white guys on TV rich.

We have to have real open conversations on how our current criminal justice system is racist, hurts us all, and devastates the black community that carry the brunt of the issue. The criminal justice system has ravaged black lives and criminalized their existence at alarmingly disproportionate levels. This fight is not just about decriminalizing marijuana but decriminalizing black lives, because all lives matter.

Comedy has become essential to survive the bizarre tenure of Trump’s presidency. Comics have riffed on everything from his tendency to misrepresent the truth to his widely unpopular immigration policy…

"Who am I? I am just a kid from the south side of Chicago. A weird, long-suffering Cubs fan, who grew up walking picket lines with my mother, who was a public school teacher."

Private prisons make more money the more people they keep incarcerated. In Florida, activists are working to stop the practice.

As Americans we believe deeply in freedom and fairness. We believe that we should be free to pursue the American dream, no matter your station in life or where you…

IN: Family UnityImmigrationKeeping Families Together

Toddlers crying after they are torn from their parents' arms. Mothers, sitting in chainmail cages, using foil blankets for warmth. A father who committed suicide after being separated from his…

What is your vision for the future? Families Call for Unity

[embed]https://youtu.be/Vwi-PRszVo0[/embed] Calling for an end to family detention, FIRM Action and CASA in Action united the voices of people from across the country in Washington, D.C. on Wednesday. What is…