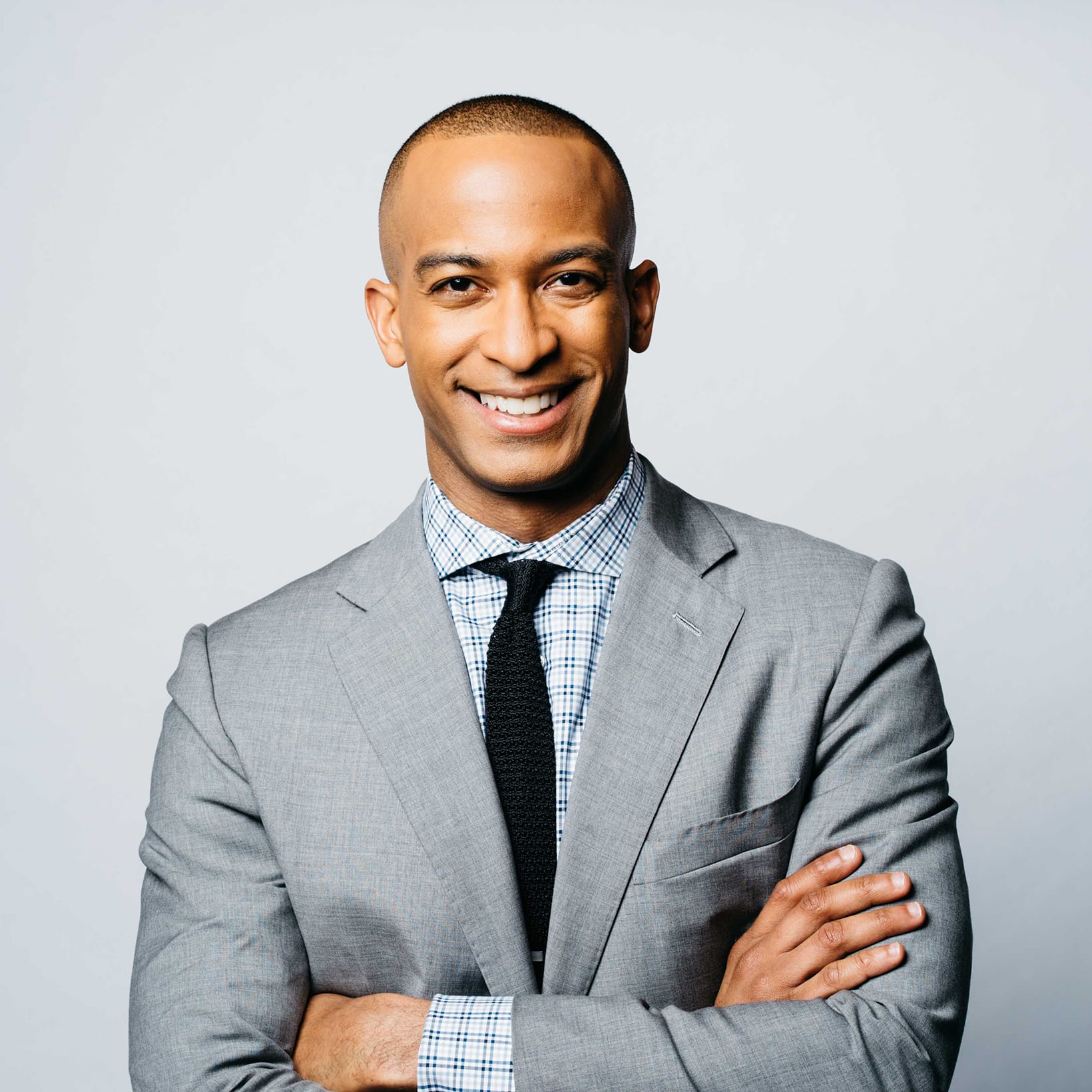 A progressive scholar, organizer and media personality, Dorian has worked to advance racial, economic and social justice for more than two decades. He previously taught for more than 10 years at the University of Chicago and Columbia University, where he was Co-Director of the Columbia University Program on Labor Law and Policy. Dorian also worked at MSNBC where he was a contributor, fill-in host for Melissa Harris Perry and Now with Alex Wagner, and host and executive producer of Nerding Out on MSNBC’s digital platform.

Dorian is co-author of The Hidden Rules of Race: Barriers to an Inclusive Economy (Cambridge University Press) and co-editor of Race and American Political Development (Routledge). In 2013, he was included on the list of NBC’s the Grio’s 100 People Making History Today.

Dorian received his B.A. from the University of Illinois and his M.A. and Ph.D. in political science from Yale University. He is a long-suffering Cubs fan who grew up on the South Side of Chicago.

Get to know our next president! Dorian Warren is a grassroots activist, political scientist and media personality who will continue to advance racial, gender and economic justice in the Center for Community Change’s 50th anniversary year.

Center for Community Change Announces Dorian Warren as Next President

Washington, D.C. – The Center for Community Change’s (CCC) Board of Directors unanimously selected Dorian Warren as President at its June Board meeting. Warren was the clear choice to lead CCC’s work as shown through his diversity of experiences and life-long commitment to the values that drive the organization’s work. Warren will take the helm immediately following the 2018 elections.

How Can Democrats Connect ‘Identity Politics’ to Economics?

There are unprecedented numbers of non–white men running for office in 2018, many more making plans to run in 2020 and beyond. We know on one level that making significant political change — having a real impact on who wields what kind of power in the country — is not just about individual candidates and not just about their racial and gendered identities. It’s about systems, rules, institutions.

This week, thousands of teachers from across Oklahoma left their classrooms and marched into the capitol building to demand higher wages and better working conditions in a massive strike that is expected to continue into next week.

We Must Denounce Trump’s Racist Actions, Not Just His Racist Words

The victories of the civil-rights movement include Medicaid and reforms to our immigration system. Trump targeted both of these, in one day.

On Nerding Out, one of MSNBC's online-only shows, Professor and Roosevelt Institute fellow Dorian Warren took an academic look at current events, geeking out on angles beyond the obvious. Catch up on past episodes here.

Let me set the scene. The curtain opens with Sen. John McCain, less than a week after undergoing surgery paid for by taxpayers, making a triumphant, dramatic return to the Senate floor. The hero, who recently revealed he has brain cancer, receives a standing ovation moments before voting to take away health care from tens of millions of Americans. President Trump tweets, “Brave – American hero,” as Senate Majority Leader Mitch McConnell takes a final bow.

This year, we commemorate the 50th anniversary of the deaths of Dr. Martin Luther King Jr. and Sen. Robert F. Kennedy. It’s worth remembering what both leaders were advocating for when they were struck down.

Growing up on Chicago’s South Side, I learned at an early age the power of unions to dramatically improve the opportunities of black families in America. My grandparents were janitors in Chicago, the children of sharecroppers who fled the racist violence and oppression of the South for new opportunities in the North. They began their working lives in the 1940s when jobs did not have benefits like pensions and health care. They lived in public housing because black people could not move wherever they wanted.