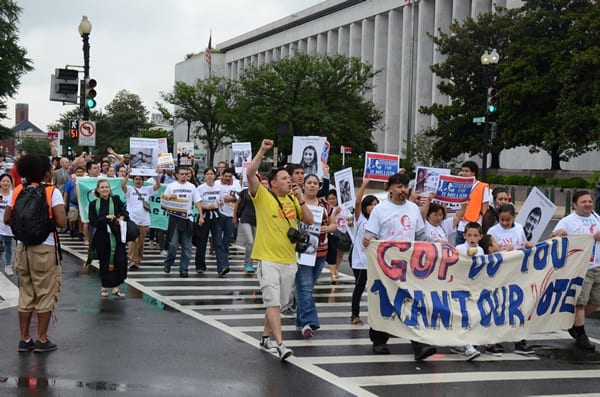 Simultaneous to the growing momentum to raise state and federal minimum wages, The Harvard Joint Center for Housing Studies released a sobering new report in December of 2013 documenting that for the first time, more than half of all U.S. renters spend more than 30 percent of their income on rent.

The report, supported by the MacArthur Foundation, shows that the affordability crisis facing renters has grown dramatically. In many housing markets, rents steadily increased throughout the Recession. In Columbus, Ohio, for instance, the National Housing Conference Paycheck to Paycheck report shows that the salary needed to afford an average one-bedroom apartment is over $24,000, while common low-wage jobs such as dishwasher, food prep worker and housekeeper make well below $23,000. In order to afford a two-bedroom apartment in the same area, someone would need to make over $31,000, much higher than the average salaries of janitors ($24,704), nursing aides ($26,376) and retail salespeople ($24,310).

This map from the National Low Income Housing Coalition shows the wages necessary to afford a two-bedroom apartment in each state.  In thirty-three states, that wage is over $14 per hour, or nearly twice the federal minimum wage. In real terms, this means working people across the United States are making unthinkable decisions: do I pay the rent, buy groceries, or pay my heating bill?  For people with disabilities who are unable to work, or for seniors relying on limited retirement pensions, the choices are fewer and more dire.

The solution begins with significant, consistent investment of public revenue in the creation and preservation of homes affordable to the tens of millions of families and individuals currently priced out of communities throughout the country. At the federal level, this means dedicating a robust level of funding to the National Housing Trust Fund.  Established by Congress in 2008, the National Housing Trust Fund is the first new housing program to address the housing needs of the very poor in more than three decades.  Once funded, the National Housing Trust Fund will be distributed to the states for new construction, preservation, rehabilitation and operation of rental housing affordable to extremely low (30% of the area median or less) income households.

The prospects for the National Housing Trust Fund increased this past weekend with the release of a bipartisan housing finance reform proposal from Senate Banking Committee Chair Tim Johnson (D-SD) and Ranking Member Mike Crapo (R-ID). The bill as drafted would provide an estimated $3.5 billion a year for the National Housing Trust Fund. The bill builds on the framework developed by Senators Mark Warner (D-VA) and Bob Corker (R-TN) and would reduce the need for Fannie Mae and Freddie Mac by creating the new Federal Mortgage Insurance Corporation (FMIC) to regulate the secondary mortgage market, similar to the way the FDIC regulates banks.

Having a finance reform proposal include dedicated funding for the National Housing Trust Fund is a great step forward.  But until legislation passes, we are still left waiting on a promise that is long overdue. As we celebrate the rise of the minimum wage in New Hampshire and anticipate similar victories in communities across the U.S., let’s also push for a federal investment in housing opportunity so more people have a healthy, stable place to call home.

I am responsible for making billionaire Sam Zell rich

By Dale Muzzy, retired senior citizen I am the reason Sam Zell is rich, but I’m not his stockbroker, and I’m not his business partner. I am one of the…

Americans across the country felt the consequences of the government shutdown. Federal employees were jobless until further notice. National parks, landmarks, and museums were closed. Wedding plans were disrupted. School…