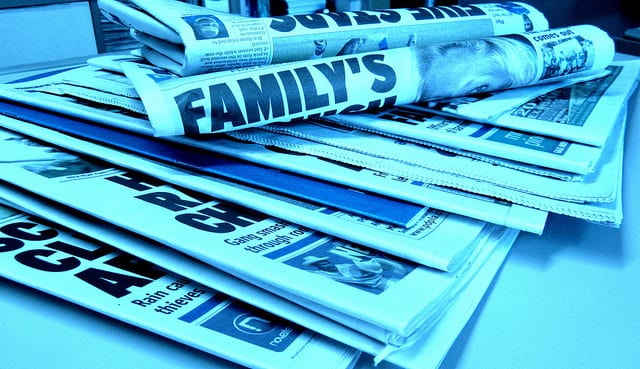 I want to believe in the basic goodness of humans.

That we love our family. That we choose kindness. That we lead with open minds and brave hearts and stand up to bullies who pick on those smaller or less powerful than them.

But those ideals were tested this week as I watched how every day came another wave that eroded the basic underpinnings of democracy, human rights and safety on which the United States stands.

On Tuesday the GOP-controlled U.S. Supreme Court upheld Trump’s xenophobic ban on people from seven, mostly Muslim countries. The same day the male-dominated majority of five ruled that crisis pregnancy centers do not have to provide women abortion information.

The next day the same majority ruled that public employees do not have to pay any union fees even when they benefit from collective bargaining agreements. The decision will hurt working families that need good paying union jobs to make ends meet.

And now Annapolis and the tragic shooting at the Capital Gazette newspaper. It is the first time in modern history that a newspaper’s office has come under such violent attack.

I felt the tragedy acutely. I was a journalist for 23 years. I wrote about mass shootings, crime and the policies to stop them. I’ve been threatened, stalked and harassed while covering those stories. I covered all manner of horrid and tragic event because I believe journalism is a calling that serves as the first rough draft of history as Philip Graham and others have so notably said. I did it because I believe strongly that a free press that holds government and leaders accountable is at the core of our democracy.

Today I am crushed that the vitriol and anger that has intensified against journalists for the last year and half has taken this deadly turn.

But who can be surprised when some political leaders who seek to divide us point fingers at journalists to deflect from their own failings and cry as fake news any stories that rightly call out their hate, racism and divisiveness?

The real threat we face every day is the steady dismantling of the democratic ideals that founded this nation. We keep waiting for one big event to tip us off to the downfall. But destabilizing shifts are happening every day, one day at a time. One Supreme Court decision at a time that takes away a woman’s reproductive rights or a working person’s rights. One presidential policy at a time that separates children from their parents. One deadly mass shooting at a time.

A year and a half ago it seemed impossible to think that one person with a foul mouth, narrow world view and bigoted beliefs would crack the grand experiment that began 242 years ago.

But then I’m reminded of the resilience I see at the moments when we feel most helpless.

We saw it this week in the thousands of people who marched to call for an end to family separation and detention. They protested – regardless of party or political affinity – because it is the right thing to do. Because we can not be a society that cruelly and wantonly separates children from their mothers and fathers.

I see it in the survivors at the Capital Gazette who faced a terror that we can not imagine but who went to work reporting on their own tragedy and their own dead, their friends and coworkers. There will be a paper tomorrow, one of the reporters tweeted the night of the shooting. Because it’s what reporters do. Day in and day out. Shedding light on the darkest places.

If there is one lesson this week, it’s that we can do something. We can always do something. Even in the hardest of times. Our presence matters. Our voices matter. Our work matters.

And of course, there is no question that the most tangible way to make ourselves heard and protect our democracy will come in November when we can choose leaders with the most open hearts and minds. The people who lead with kindness and stand up to bullies.

I believe in us.

Early this year, Oprah Winfrey became the first black woman to receive the Golden Globes’ annual Cecil B. DeMille award for lifetime achievement. In a rousing speech accepting the honor,…

Originally published by Neiman Reports.  The signs that someone like Donald Trump was coming were right there, in online comments lousy with creatively spelled racial slurs that slipped past even…