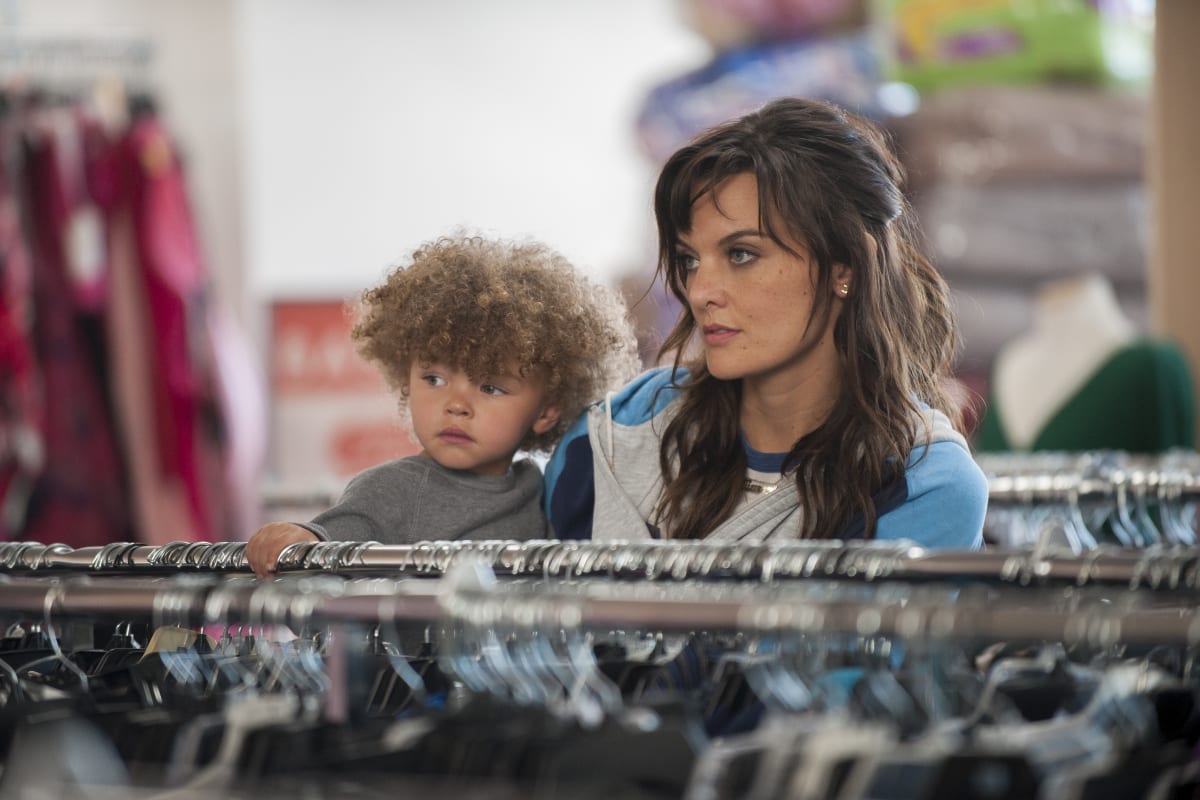 For the majority of my daughters’ lives, we fought through making ends meet. My girls were oblivious to the poverty we lived in, but for me the struggle likened an all-out daily battle. Mia, the oldest, has a knack for relentless questions and requests for treats when I am most worn down. Coraline, the youngest, has always calmed and centered me with her happy, snuggly nature, but after a day of holding her through the throes of teething, she has the density of a dying sun. All the while, I’m struggling to work, feed us, keep our housing, keep our car running, and keep my sanity so I can be the playful and fun parent they deserve. Through the decade of mothering on my own, people shook their heads while saying, “I don’t know how you do it.” I never quite knew how I did it, either.

Few characters on television or big screens have been able to dig into the deeper layers of single motherhood. Most scratch the surface at best, either from giving the audience what they want or writers and producers never having walked in the characters’ shoes. Which is why I hesitated to watch the premiere episode of Showtime’s new series, SMILF. From the title, screen-capture image, and description in promising a story of a working-class single mom, it appeared to be close to my lived experience, or at least trying. But, after years of shows that promised the same and failed, such as Gilmore Girls, I still watched through jaded eyes.

MILF is an acronym for a term made popular in the movie American Pie where, in one scene, some high school boys are seen drooling over a photo of their friend’s mom, commenting that they’d like to have sex with her. For SMILF (the s meaning single), many reviews have called the title “horrible,” but creator Frankie Shaw (who also stars as the lead character alongside Rosie O’Donnell) shows in her storytelling that she agrees, as a single mother, how horrible it is to live with that title. When a man’s flirtations include a text calling her a “SMILF,” Shaw’s character, Bridgette Bird, scoffs at it before giving into its meaning. We watch as Bridgette invites over an old fling just for sex. We watch as the man goes from being sort of into it to jumping back in alarm upon realizing a kid was standing a few feet away from the part of the bed where the man was fumbling through sex with the kid’s mom. He backs off, saying maybe instead they could hang out when the kid’s not around.

Then, in a moment of defeat, vulnerability, and honesty, Bridgette speaks a line wrought with dark honesty from a soul that’d been scraped and hollowed out: “He’s always here.”

Taken in context, most viewers see a single, attractive woman trying to date, even considering being sexually active, but fearful that she’s no longer attractive to men her age because of the toddler-shaped satellite circling her constantly, except for the few hours she can drop him off with her parents so she can work part-time. Even to a person without children, the insecurities of not attracting a mate are universal. All of that, to me, was fleeting.

What I saw was a mother living in one room, making decisions to either drink syrup or leave her sleeping baby at home while she ran to the corner store for snacks, only to discover her card doesn’t have available funds. What I saw was men only wanting to have sex with you, jumping in and out of your bed with incredible swiftness before involving themselves with your actual life at all. What I saw was love for your own child while fighting off feelings of resentment toward that child for always being around. I saw a woman, a person, a human being, past desperation, who’d surrendered to a life of relentless struggle. What I finally saw represented onscreen was an honest representation of me.

My oldest daughter and I shared a bedroom for half of her 10 years. My youngest is three, but we only recently started sleeping in separate rooms. Most places we lived in didn’t afford us the space. They were dirty, cold, and covered in grime no matter how many sponges I used to scrub surfaces with. They were places pediatricians would refer to as “living conditions” instead of home. Places that buzzed with the worrisome stress of someone getting involved out of concern for my children. Because, well, look at us—look at Bridgette, sitting on a single bed where she’d covered her son with a blanket in order to have sex—surrounded by clutter, slumped over while we watch someone look around at our life, not knowing what to say.

SMILF’s refusal to sugarcoat single motherhood is the core of its beauty. Because the sweetness comes in those soft moments in the morning over bowls of oatmeal, hidden underneath the exhaustion in working all night. Single motherhood only has grit on the outside, but that’s not what the world wants to see. People want quirk. They want men swooping into our lives to rescue us because they don’t want to have to worry about us. They hold us up on a special pedestal of assuming we’re superhuman, when we’re often making choices on how best to hide our children’s existence to find a date, to find work, to find a place to live.

Reviewers have been quick to criticize the show’s brutal honesty, which, to me, is to be expected. Nobody wants to see what we’re forcing single mothers to endure on their own. Nobody wants to see the realities of government funds for food, child care, housing, and medical being cut. While it’s easy to point to Bridgette’s decisions as impulsive or immature, removing ourselves from the risk of being in her place, think, just for a moment, how much affordable housing and child care would do to help her succeed. It’s time to stop looking at single mothers as caricatures of feel-good comic relief and see them as SMILF forces you to: in the gritty existence of those raising children alone while struggling to survive.

This article originally appeared on ESME.

Stephanie is a communications fellow for the Center for Community Change. As a single mom, she has worked as a house cleaner and landscaper to make ends meet and now works as a freelance writer whose work has been featured on The New York Times, Washington Post, The Guardian, Vox and Salon, among others. She is the author of the forthcoming memoir MAID.

Miami-Dade Elected Leaders Will Be Tested This November. But Will They Listen to the Wishes of the Voters?

Photo credits to Damian Gadal.  Originally published on the Huffington Post.  Miami Dade County has for too long been a place where money means political influence and this can be seen…

Originally published on the Huffington Post.  The United States claims to be a nation founded on family values with working families often cited as the engine that moves us forward.…

Originally published on the Huffington Post.  Paola Calvo had to choose between taking care of her 10-month old child and going hungry. She went hungry. She and her partner were…